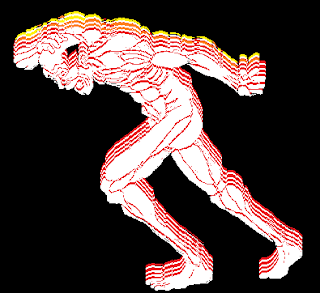 So much discourse now is on the basis of Rights. The flabby mouths of flaccid professors, the oily rhetoric of political actors, the smooth, consistent printout of an opinion-news reader, the eyebrow-raised dialogue of the now proliferant internet pundits of every ideology and association all bear this brand.

An alien visitor might see this word and its frequency and at first assume it is the basis upon which all of human morals are founded. A concept birthed by a culture in its ascendancy now slips from the clammy hands of bastardized third generation cretins as they wrestle around with inelegant thrusts of logic to claim "Rights" in order to push their ideas as justified.

We ALL have a Right to a home, to a family, to a fair shot at a good job, to a quality education, to a stable, safe society.

There are those people, disgusting, wretched people, who have threatened the rights of others, and who would deny them their rights (which they have earned on the basis of the basic, essential humanity that they are born into, and which requires NO further exploration or understanding). They have so done by various methods of oppression, the aim of which was to enrich themselves and expropriate rights, and quality of life (to which all have a RIGHT to possess and have maintained for them by an eternal governing element, a great hanging tit of endless nourishment). These people are evil, and if you are a member of these peoples your rights have been too great for too long. New changes SHOULD be put in place to correct this.

If you are of a category of humanity that has suffered an expropriation of rights, you have the RIGHT to receive compensation of such, because Rights a debt to which every human is owed, and if not constantly provided on an equitable basis, an interest and due payment will accrue until the whole amount is adequately provided to the sufferer. It is their RIGHT to determine at what point satisfaction is gained.

What a happy, fecund breed of pigs crawls about the earth! They are stuffed to the gills and waddle with their heads to the ground. The farmer operates without a care or a worry, he has the envy of the county as his animals swell and reproduce and offer themselves up without a hint of feral nature. Ere the fence should rot, they rush to him squealing and he can immediately, with the great efficiency inherent to a man of experience, mend it without further issue. He loves his pigs as much as a man can, and gets every ounce of joy from them that he can.

A man demands what his heart desires, and forces it into his hands. He takes it or is repelled. What is to stop him? Only those with more ability to push and resist.

This force is multiplied as men grow and are able to cooperate. Those who can still take initiative will be the takers, those who cannot settle for their portion. Sharing and working together and loving ones kin is natural to us, but it has within it a selfish element.

As human settlements grow larger, those dominant elements grow more complex. A king cannot threaten every man below his station with a club, he is no longer the physical superior. His society is now a group formed of subgroups, and a balance of quality of life, recognition, the complexities of religion and the threat of a consolidated military will be applied by the ruling element to manage the mass beneath.

"Rights" are a perfect tool for management of people. Convince people they exist and then convince them that you are maintaining them, and they multiply perceived comfort, and create a defensive patriotism which can be leveraged to defend the societal system from destabilization. Any rebel is a threat to "Rights", but these "Rights can be adjusted by the ruling power on a whim, so long as their mouthpiece is lithe enough to push it in an attractive manner.

What use are "Rights" that you cannot defend without the government? Your Rights are the governments brand on your thick, cows hide! You have no choice in what "Rights" you have an when it is appropriate your way of living will be declared an imposition on your part upon the "Rights" of a better breed of man!

This way of thinking is a glowing Achilles testicle hanging down from the hosen of every fashionable nationalist, populist and hanger on who hopes the present government can come to its senses.

There is nothing but the imposition of power. Those with the government supported correct view on race are very aware of this. The more instinctive, less domesticated, ethnically non-castrated, racially non-european members of western society are well aware of this. They call you racist, and they laugh inside, you white dog. They call you a phobic when you wave your statistics. You are crying to them

and they jeer back

"Yes we do! and your government lets us do it! We all know it happens and nobody will stop it!"

There is no Right that exists without the imposition of power. Many who oppose Marxist views are correct when they state that life is not only about power, but conflict is, in that the weaker element will be crushed in a direct conflict. When you are kicked in the stomach by a man shrieking about his human rights, you are being Imposed upon. When the government refers to this individual while dodging every clear path to describing what kind of a man he is, this is an imposition of his power on you, and their power to ignore you, who should have a "right" to protection by the state.

Many are now open to this reality, and the boxers weave is now being conducted with increasing speed and effectiveness. There will not be an oppressed people soon, but the powerful fourth generation, fueled by the discomfort of his lame fathers passivity, who will stand erect, move forward, and force aside those who try to push him.
at December 01, 2019

The internet. The traditional media. The personality as career. The expedient truth. The rhetoric, and reputation validating opinion. The ... 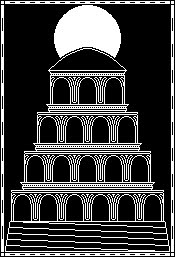